The Lighthouse that Wouldn’t Change

The Lighthouse that Wouldn’t Change 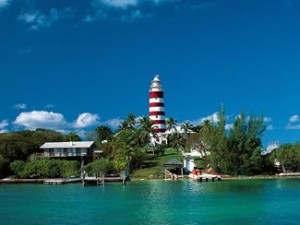 Jeffrey Forbes walks up the hill to the Elbow Reef Lighthouse overlooking Elbow Cay at Hope Town, Abaco, Bahamas. He or his assistant, cousin Sam McPhee, makes this journey to the red and white striped lighthouse every day of the year.

A third-generation lighthouse keeper, Jeffrey carries on the tradition. He climbs the 101 steps inside the 1864 tower to the top where he starts the light that burns all night long. Not only does Jeffrey do the same job as his father and grandfather before him, he does it the same way.

But to many, progress means change and a disposal of everything old. When the Bahamian government wanted to automate all the lighthouses on the islands and do away with the keepers, the Bahamas Lighthouse Preservation Society formed to save this vanishing part of the islands’ legacy. The Society’s commitment was no small task, as parts were no longer available for the remaining kerosene-burning lighthouses. But through much work and commitment, a source for new parts was found, and an agreement with the government was secured.

As a result, the Elbow Reef Lightstation is the only hand-wound kerosene-burning lighthouse in the world. Jeffrey and Sam continue to work twelve-hour days, lighting the mantle and cranking the mechanism that turns the lantern. Jeffrey says he turns the crank 200 times every two hours so the beam from the Fresnel lens flashes five times every fifteen seconds, seen fifteen miles out at sea. The work is hard, the temperature hot, and the routine can be monotonous. But Jeffrey and Sam are proud to be part of their native history and continue the work of their ancestors. 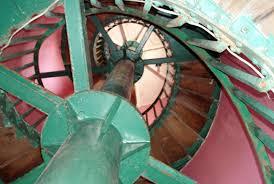 In a world where change is moving at warp speed, it’s difficult to hold onto, much less value, anything from the past. The pressure to change, to keep up with the latest technology, often forces us to let go of what is known to tread into unfamiliar territory.

But are we losing something valuable with all this change? We know that not everything was good in the “good old days,” but was everything bad?  Is all this change creating instability among individuals, families and companies? There are some things that should stay the same, some values that should remain, and a God who is consistent no matter what changes in the world.

“Jesus Christ is the same yesterday and today and forever.” Hebrews 13:8