Home » The Lonely Life of a Lighthouse Keeper
Previous Next 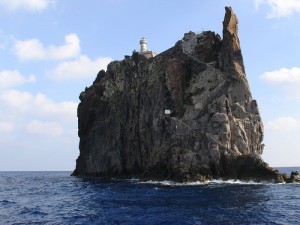 Lighthouses have an aura of majesty, strength and beauty. Many people think that living in a lighthouse would have been romantic and
beautiful.

For many years, the job of lighthouse keeper was given as a special favor to political friends. If the lighthouses were near a community, the job was desirable, even though the work was hard. One had to be physically strong to be able to carry out all the duties of a light keeper – from carrying 50-lb. pails of oil up flights of stairs, to winding the gears that turned the light, rowing the light-house boat, and carrying supplies into the lighthouse, to name a few.

However, even some of the strongest men turned down the position when it was offered. Why would someone not want a job in a tower with an unobstructed view of water? The reason given was the isolation. This was particularly true in those locations where family was not allowed to live with the keepers.  Sometimes a man would take the position, only to quit soon afterward. The job was just too lonely.

During this time leading up to Easter, I reflect on how Jesus exemplified these characteristics when he was on earth to carry out his mission. He denied himself the comforts of his heavenly home, he was committed to his calling, he understood the importance of his mission, his service to mankind and the goal he was meant to achieve – saving souls. It was a lonely role, a position only he could fulfill. Yet he accomplished his purpose with the highest sacrifice-his own life, and because he did, we can have eternal life.  I’m forever thankful that he did.

“Who, being in very nature  God, did not consider equality with God something to be used to his own advantage; rather, he made himself nothing by taking the very nature of a servant, being made in human likeness.  And being found in appearance as a man, he humbled himself by becoming obedient to death—even death on a cross!”  Philippians 2:6-8