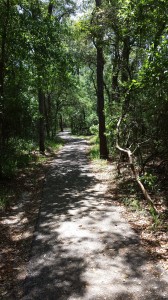 When I first discovered the path, I was intrigued. There before me was a trail through the woods that I had never seen before, that I didn’t even know existed.  But I knew I had to follow it. Although it was clear I was not the first to travel the path, what lay ahead was unknown to me.

Step by step, I followed the trail, fascinated by the unveiling scenery around me. I wasn’t sure where the trail would lead or how long it would take, but I was determined to find out.

Sometimes the path was clear and I could see ahead. Other times, I could only see part of the path, yet I pressed on.

I questioned myself, my motive and my ability to continue. Yet, I was committed to find out where it led, trusting the invisible hand which beckoned me. 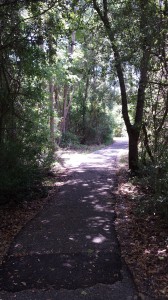 As I traveled, unexpected surprises met me along the way – some good, some not so good. But the desire to find what was next pulled me forward like some magnetic field.

Occasionally, someone else passed me on the path. I didn’t mind though, because I knew my pace was my own, and I needn’t hurry to catch up. This was my path, my time, and my chance to enjoy the journey.

When the path appeared dark and mysterious, fear threatened my progress. Yet I continued, expecting to see light just beyond the obscure places. 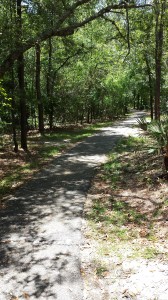 And I was not disappointed, because I learned that the experience was part of the journey. The destination was important, but the discoveries made along the way were equally so.

Although there were others who trod the path before, even though I started down the path later in life than they did, I didn’t care. Even if they reached their destination already, this experience was mine alone to enjoy in my own way.

As I continue down this journey called “life,” I’ve taken several paths. And although I’ve reached the end of those, the one I’m on now, the writing path,  is new and exciting.

I identify with “The Road Not Taken” by Robert Frost

Two roads diverged in a wood and I —
I took the one less traveled by
And it has made all the difference.

And I’m thankful that God gave me the chance and the choices to follow the paths He revealed.
“This is what the Lord says: “Stand at the crossroads and look; ask for the ancient paths, ask where the good way is, and walk in it, and you will find rest for your souls.”  Jeremiah 6:16a

Which paths have you taken? Are you glad you did or is it time to take another?