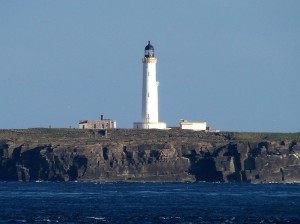 Johnny, the lighthouse donkey, knew what was expected of him. He’d been brought to the remote island of Muckle Sherry to help the keepers haul supplies and fuel from the water to the top of the steep hill.

Muckle Sherry, off the coast of Scotland, was a forbidding place, unsafe for most animals.  However, donkeys were well-suited for the dangers of the environment with their surefootedness and awareness of natural dangers.

Even though Johnny was capable of the work required of him, he knew it was difficult and physically demanding. The keepers never knew exactly when the supply ship would arrive, but Johnny did. His keen ears heard the vessel’s engines long before it reached the station.

He reacted by braying and racing to the most remote part of the island to hide on a dangerous rock shelf. The keepers soon recognized this behavior as a signal that the supply ship was coming and drew straws to see who would chase down the animal. After much time and coaxing, the donkey was finally caught and harnessed, so he could perform his tasks.

While it’s amusing to think of a donkey running away from his job, I wonder how many times I act like that donkey. The donkey had certain abilities and skills that were needed by the lighthouse keepers. They depended on him, and his refusal to be of service was an obstacle to their livelihood.

Likewise, God has given each of us certain abilities and skills. If we don’t use them, will someone else miss out on what we have to offer?  Would our failure to do what we’re created to do be an obstacle to another?

“For we are God’s handiwork, created in Christ Jesus to do good works, which God prepared in advance for us to do.” Ephesians 2:10

What about you? Do you have any skills or abilities you’re not using? Would others benefit if you did? 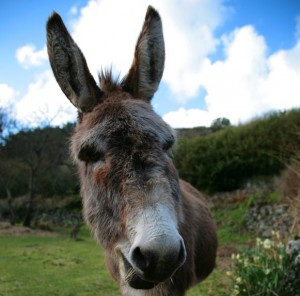