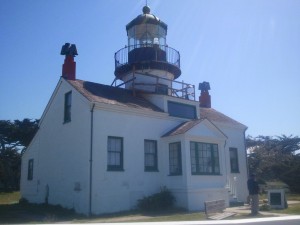 Emily Fish stared out the window of her elegant home, watching Que, her Chinese servant trim hedges in the manicured lawn.

She exhaled a huge sigh and turned from the window, her eyes focusing on the valuable artwork on the walls, her antique furnishings and the table set with fine china. She had everything anyone could want, but there was a huge void in her heart. What would she do now without a husband to care for or entertain with?

At dinner, her daughter Juliet and her husband, Lt. Cmdr. Henry Nichols, a Navy officer and lighthouse inspector, tried to console her.

“Mother, you need to get out and visit. Go to tea with your friends.”

“Juliet, after 33 years with your father, I find little solace in social affairs.”

Henry cleared his throat and attempted to change the subject. “Allen Luce is retiring from Point Pinos. Been the keeper there for 22 years.”

“Where’s he going?” Juliet asked. “Do you know who will replace him?”

“He wants to move near his son, spend time with his grandchildren. Don’t know who will take over yet. His resignation sort of took us by surprise.”

Emily straightened in her chair. “I want to do it. I want to be the lighthouse keeper at Point Pinos.”

“But Mother, you’ve never done anything like that! Why, you’re fifty years old. Besides, you’ll be away from your friends.”

“Juliet, I need to do something, be busy. More than that, though, I want to be of service to others. Your father was a doctor who spent his life helping people. I’m not a physician, but I can tend a light to help those at sea. Besides, Point Pinos isn’t as remote as other lighthouses, being close to Monterey.”

“But most women keepers took over because their husbands died and they were familiar with the duties,” Henry said. “Plus there’s a lot of physical work.”

“Que will go with me. Between the two of us, we can do the job.”

So Henry put in for the appointment. Soon afterwards, Emily and Que packed up the furnishings of the Oakland home and moved into the modest lighthouse at Point Pinos, transforming the house into a stylish cottage. Emily had topsoil delivered to the expansive property surrounding the lighthouse and planted trees, grass, and a cypress hedge. She brought in thoroughbred horses, Holstein cows, and white leghorn chickens. 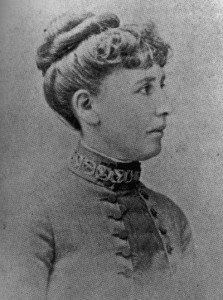 Eventually, she quit wearing her mourning clothes and began hosting small dinner parties, giving her the nickname of the “socialite lightkeeper.” She became involved in civic groups and helped found the local chapter of the American Red Cross.

But keeping an elegant house, a manicured lawn, and socializing was not Emily’s main focus. She threw herself into her job, determined to perform her duties well. As a lightkeeper, she kept meticulous logs and a spotless lighthouse.  Her standards were high, in fact, too high for the 30 men she hired and fired during her twenty-year career, calling them incompetent. Lighthouse inspectors always found the station in excellent condition and commended her for a job well done.Emily Fish found a new purpose in life when she devoted herself to serving others. Her skills of organization and efficiency carried over to her position of lighthouse keeper.

Do you have some skills or abilities that can be used to help others? Perhaps you too, can find a new purpose for your life in this way.

“For we are God’s handiwork, created in Christ Jesus to do good works, which God prepared in advance for us to do.” Ephesians 2:10