The Value of a Lighthouse Dog

The Value of a Lighthouse Dog 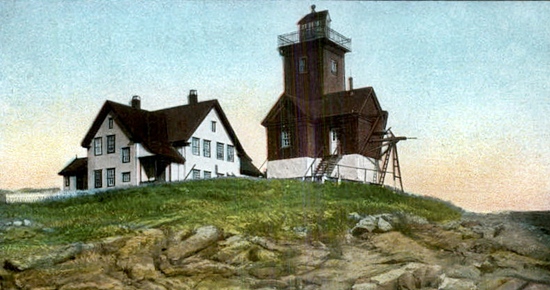 What was that dog yapping about now? Keeper Altiverd Norton at Two Bush Island Lighthouse off the coast of Maine woke to the sound of his dog Smut’s bark.

The dog was obviously excited about something. Was it a rat he’d cornered in the shed? A snake?

Norton pulled on his clothes and looked out the window, seeing nothing but gray skies. The roar of wind as it shook the house and rattled the windows indicated a winter gale was in full force.

“Is something out there, Smut?”

The dog answered by continued barking, running to the door.

The keeper grabbed his slicker and put it on before rushing outside to see if a ship was in trouble. Scanning the horizon, Norton couldn’t see anything. He climbed to the top of the lighthouse to get a better look, but still couldn’t see beyond the white squalls of the sea.

Smut wouldn’t stop his frantic barking though. The dog ran back outside and up and down the rocky shoreline, never ceasing his canine alarm signal. 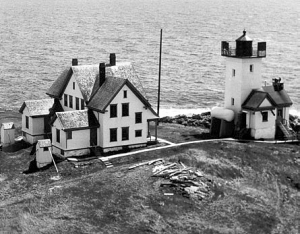 As Norton viewed the sea through his spyglass, a small boat came into view being tossed upon the turbulent waves. Two men rowed desperately, trying to escape a sinking schooner behind them. Norton ran down to the shore, waving to the men and trying to guide them to land.

But a giant wave overturned the boat, throwing the unfortunate men into the water. The keeper hurried to retrieve a rope and alert his assistant to the situation. When he returned to the shore, Norton waded out into the frigid water and tossed the rope to the floundering sailors. Once they grabbed the rope and tied it around them, Norton and his assistant hauled them safely to shore.

The grateful sailors collapsed on the beach as Smut ran over to lick their faces.

“Thank you, thank you for coming to our rescue,” the schooner captain told Keeper Norton.

“You can give the credit to Smut. He’s the one that heard you and came and got me.”

The captain pointed to Smut. “We couldn’t see where we were headed, but when we heard that dog barking, it was like hearing music from an angel.”

Kneeling beside Smut, the sailors gave the dog a big hug. 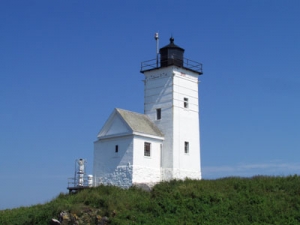 “I’d like to buy him,” the captain said. “I’ll pay any price you want for such a valuable dog.”

“I’m afraid Smut’s not for sale. He’s more valuable to me than any amount of money,” replied Keeper Norton.

Sometimes value isn’t determined by a dollar amount. In fact, God values us more than we value ourselves, more than gold or silver.

In Matthew 6:26, He said, “Look at the birds of the air; they do not sow or reap or store away in barns, and yet your heavenly Father feeds them. Are you not much more valuable than they?” God values animals, but He values His people even more. Next time you feel worthless, remember that God thinks you’re valuable.