What if it’s a lighthouse?

What if it’s a lighthouse? 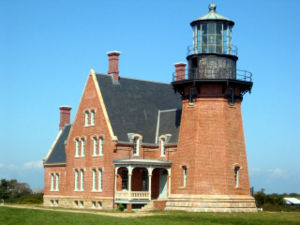 “Let me see that telescope.” The captain of the steamship Destiny took the instrument from his first mate and peered through. Although difficult to see, occasional shifts in the dense fog revealed a glimpse of a light in the distance.

“What do you think it is, sir? Another ship?”

“More than likely. Can you see which direction it’s going?”

“No sir. It appears to be straight ahead, but it’s hard to get a good sighting in this fog.”

The captain shook his head. “Based on my calculations, we shouldn’t be anywhere near shore. We’ve been heading north to Boston since we left Virginia.”

“Listen, young man. I’ve captained many ships in my day and haven’t lost a one. I know what I’m doing. Go ahead and send a signal to that other ship.”

Mr. Hart nodded and complied with the captain’s wishes by swinging the ship’s lantern in a wide arc. There was no response from the distant light.

“Fools! They must not know who they’re dealing with. We’ll continue on course. No doubt we’re the larger ship, so that ship will just have to change its course.”

“But Captain, what if it’s really a lighthouse?”

“Nonsense. I know every lighthouse along the Eastern Seaboard, and I’m sure we’re not heading towards one!”

When the fog lifted the next morning, the Destiny lay crushed among the rocks beneath the Block Island Lighthouse. There were no survivors.

Many people think about God the same way the captain thought. He was certain he was right and denied the possibility that he was wrong, that the other light could indeed be a lighthouse. He chose to continue going the direction he was and ignored the warnings he was given. So you say there is no God?

What if you’re wrong? 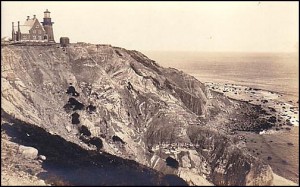