What is a Lighthouse Worth?

What is a Lighthouse Worth? 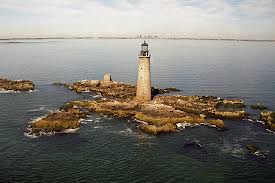 The Graves Lighthouse was recently sold for $933,888.00, the highest price ever paid for a lighthouse at government auction. Built in 1905, the stone tower stands on the outermost island of the Boston Harbor Islands, and is only accessible by boat. The new owners aren’t sure yet what they will do with the lighthouse, but are considering using it as a vacation home or a type of inn. Whatever they decide will require major restoration. Why would someone pay so much for such a lighthouse, and one that still needs work? New owner Dave Waller and his wife are antique collectors and believe saving a piece of history is worth the price. 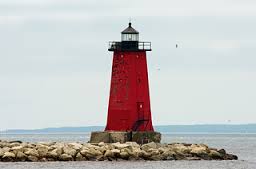 Ask Bill Collins why he just purchased his second lighthouse, the Manistique East Breakwater Lighthouse. Although the city of Manistique, Michigan could have acquired the lighthouse free of charge under the National Lighthouse Preservation Act, the city refused. So the government put the lighthouse up for auction to the highest bidder, and Mr. Colllins won the bid for $15,000. Why did he want the lighthouse when the city didn’t? As a child growing up on Lake Erie, he developed a fondness for lighthouses, so for the second time this year, having purchased the Liston Rear Range Lighthouse in Delaware for 22,000. , he bought another one to save and preserve for future generations.

The 1899 Orient Point Lighthouse of New York was recently auctioned off for the second time and sold for $252,000. This lighthouse had once been considered so worthless, the Navy was going to blow it up in a demolition exercise. But a huge public outcry prevented the activity, so the Coast Guard spruced it up. And in 1999, a celebration was held to honor the lighthouse’ss 100 years of service. However, a few years later, the lighthouse was abandoned to the elements and began to deteriorate.

It’s interesting to note how a lighthouse can be considered worthless to some and valuable to others. What determines the value? The person willing to price the price, whatever that price may be, because that person cares about the lighthouse and wants to save it.

In the same way, God cared so much about us that he placed the highest value on each of us. While we may seem worthless to others, God believes we have great value, so much so that he paid the highest price, his son, to save us.

“What is mankind that you are mindful of them, human beings that you care for them?You have made them a little lower than the angels and crowned them with glory and honor.” Psalm 8:4-5 (NIV)