Work at the Lighthouse

Work at the Lighthouse 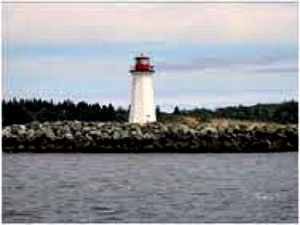 Maybe you’ve heard this complaint before, but you wouldn’t have heard it from lighthouse keepers or their families.

Lighthouse keeping wasn’t an easy lifestyle, but for lighthouse families, it was a busy, active life. In Nova Scotia, most lighthouse keepers were married, a preferred status in the lighthouse service. Keeping a lighthouse and providing for a family took a lot of work, and family members helped share the responsibility.

On remote islands, these families became their own communities – self-sufficient, organized and functional. Most of the parents and children in these locations embraced their lifestyle. As a former lighthouse keeper’s child said, “family life was very close because that’s all you had.

Such was the case with the Cleveland family when Keeper Colin Cleveland, his wife and seven children moved to little three-mile McNab Island near Halifax in 1932. 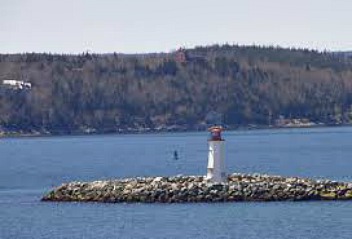 Keeper Cleveland’s work kept him very busy, but he was never too busy to pitch in and help get the children up and ready for school each day before he took them by boat to school on the mainland.  Then he returned to the island where he not only maintained the equipment of the lighthouse, he cleared land for gardens and took care of the livestock.

His children remember him as a happy man as he went about his work, and whether working in the lighthouse or cutting wood, he could be heard singing. One of his daughters recalled him sitting on scaffolding as he painted the lighthouse singing “Onward Christian Soldiers” at the top of his voice. No doubt Keeper Cleveland’s positive attitude helped motivate his family.

There were plenty of difficulties a keeper faced – tending the light all night,  manning the fog horn sometimes for hours, and often living in cramped, drafty homes without electricity or running water – to name a few. He could complain, which wouldn’t accomplish anything or change his circumstances, or like Mr. Cleveland, he could embrace his work, thankful for the opportunity and committed to his responsibility. Perhaps that’s why he remained keeper of McNab Island lighthouse for twenty-five years.

One of the wisest men that ever lived, King Solomon, once said, “So I saw that there is nothing better for a person than to enjoy their work, because that is their lot.” Ecc. 3:22

Do you enjoy your work? If not, how would changing your attitude toward it help?