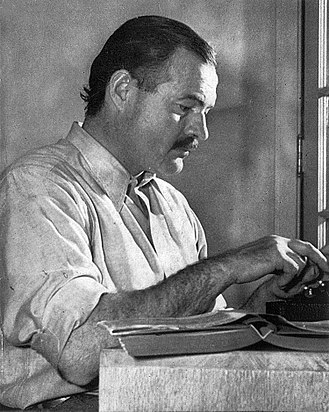 Ernest Hemingway was not my favorite author, in fact, I haven’t read most of what he’s written, but despite my own knowledge of his work, he was a successful author. And he was a serious writer.

Hemingway had several interests – fishing, hunting, boxing, cats and perhaps you could add women. But he had no doubt that his priority was writing.

I recently had the opportunity to tour the house where he lived in Key West, Florida, which therefore piqued my interest about him. I learned he was a newspaper journalist who covered wars, that he in fact served in World War I, and that he took his writing seriously.

He had a colorful personality and a lifestyle I would not want to live. We differ on morals and spiritual beliefs. In fact, the only things we truly have in common are a fondness for cats, the tropics, and writing. 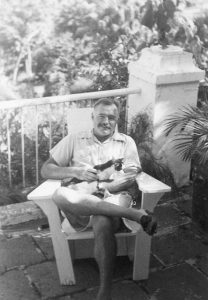 Hemingway knew about writing. He was passionate about and committed to his work. He got up at the same time every day, went to his office and wrote until noon. He did not worry about how many words he wrote, just that they were good words. And he had certain techniques and beliefs about writing that can also be adapted by any writer. I’d like to share with you some of his quotes about writing, some you may relate to as well.

“We are all apprentices in a craft where no one ever becomes a master.”

“There’s no rule on how it is to write. Sometimes it comes easily and perfectly. Sometimes it’s like drilling rock and then blasting it out with charges.”

“I love to write. But it has never gotten any easier to do, and you can’t expect it to if you keep trying for something better than you can do.”

“Writing is something that you can never do as well as it can be done. It is a perpetual challenge, and it is more difficult than anything else that I have ever done—so I do it. And it makes me happy when I do it well.”

In answer to ‘How much should you write a day?’ Hemingway said, “The best way is always to stop when you are going good and when you know what will happen next. If you do that every day when you are writing a novel, you will never be stuck.”

“I never use a word without first considering if it is replaceable.”

“There is nothing to writing. All you do is sit down at a typewriter and bleed.”

“Write hard and clear about what hurts.”

“The hard part about writing a novel is finishing it.”

“If a writer stops observing he is finished. Experience is communicated by small details intimately observed.”

Every writer is gifted to write in their own special way. We are not called to write like Ernest Hemingway. Or for that matter F. Scott Fitzgerald, Virginia Woolf, Mark Twain, Charles Dickens or others. However, we can glean from the writing techniques and habits they had. Even the apostle Paul had his own writing style and said so in 2 Thessalonians 3:17, “I, Paul, write this greeting in my own hand, which is the distinguishing mark in all my letters. This is how I write.” 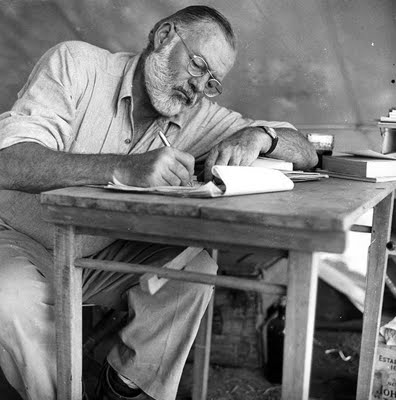